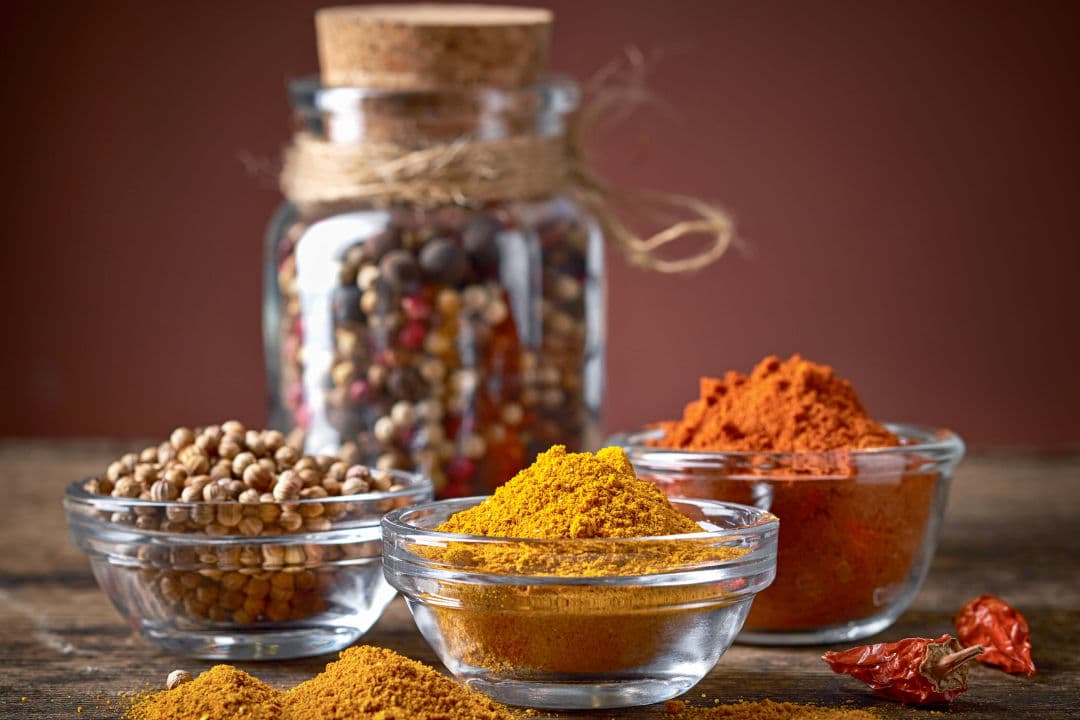 Paella is one of the most demanded Spanish dishes by tourists and with more repercussion at international level. With its origins in the Valencian Community, it quickly spread throughout the country and is currently very popular in countries such as Argentina. Although there are great debates about the original recipe of paella and the ingredients, such as spices for paella, that it should have, the truth is that along the way there are many variants and ways of cooking paella that have emerged over the years.

Currently there are at least five different ways of cooking paella that require different spices and flavors depending on the ingredients used to prepare it. So that you know how to season your paella recipes properly, we show you below the most recommended spices for each type of paella.

Meat paella is perhaps the most common way of cooking paella in Spanish homes. It can be a delicious dish if it is prepared properly and the right ingredients are used, but especially if the most suitable spices for paella with meat are not forgotten. Whether in paellas with chicken or rabbit meat, the spices that should be used are ground black pepper, a strand of saffron and half a spoonful of sweet paprika.

In addition, aromatic herbs such as rosemary, whose smell will be absorbed by the rice giving a very particular flavor to the meat paella dish, can be used. Sometimes spices such as ground cumin are also used, although this is not usual in paella dishes with meat as the main ingredient. It is not the type of paella that is more usually spiced, since the meat contributes a very interesting own flavor to the same one.

For fish lovers, the fish paella recipe can be one of the most varied and fun ways to eat fish. Fish paella should not be confused with seafood paella, as fish paella only has different varieties of fish but no seafood. Hake, cod or conger eel are some of the most recommended fish, which are usually white fish.

The fish paella will be perfect if you use some spices such as ground saffron (one sachet), half a spoonful of ground sweet paprika and Provençal herbs such as rosemary, oregano, thyme, basil, marjoram and savory. Optionally, other spices such as black pepper can be used, although some people prefer not to use it in recipes that include fish among their ingredients.

Although the vegetable paella recipe may be associated with current food trends such as veganism, the truth is that it has been made for decades in the Valencian Community, where the products of the garden were used to prepare paella recipes. Nowadays, vegetable paellas are widespread throughout the country and there are dozens of varieties of different recipes using a wide variety of vegetables. Eggplants, cauliflower, artichokes, red and green peppers, green beans and tomatoes are not usually missing among the vegetables used.

Among the spices most commonly used to season vegetable paella recipes are sweet paprika, saffron threads, fennel seeds, turmeric, cloves or freshly ground black pepper. In addition, other seasonings such as lemon zest can be added to give a citric and summery air. It is perhaps the variety of paella most given to seasoning and experimentation with spices, so it is not surprising that there are multiple spices commonly used in vegetable paellas.

It is perhaps the most tradiEspecias para paella de mariscoscional and recognized at all levels and the star dish of the beach bars in summer. Seafood paellas usually have all kinds of seafood such as mussels, clams, crayfish, red prawns or cuttlefish, but they are also usually seasoned with spices to add an extra touch of flavor.

Among the most commonly used spices for seafood paellas are chopped parsley, saffron threads, freshly ground black pepper, cloves for cooking clams and steamed mussels (where we will also use bay leaves) and sweet paprika to taste. Of course not to forget a little salt and the rest of ingredients to get a finger-licking seafood paella.

Mixed paellas are those that can carry seafood, fish, meat and vegetables in the same recipe and are undoubtedly preferred by paella lovers, as with this recipe they can try a wide variety of foods in a single dish. To cook a good mixed paella it is necessary to stock up on a good number of ingredients, but in any case we must not forget the use of the right spices to bring the touch of flavor that a good paella needs.

The spices for mixed paellas are very similar to those for the other types of paellas and basically consist of using spices such as sweet paprika, freshly ground black pepper, cloves, saffron and aromatic herbs such as rosemary or thyme. It is sometimes possible to find ground garlic in the spice section, and for this or any other paella it can be highly recommended to use it along with the rest of the spices.

In summary, these are the most recommended spices to season the different types of paella that can be cooked. Although it is something that will always depend on the tastes and preferences of the cook, the truth is that with these spices and with a correct selection of ingredients it is possible to cook a paella that is delicious to everyone.